NEW DELHI, (PRNewswire): Yuva Unstoppable is an India-based non-profit organization founded in 2005 with a vision to empower the country’s underprivileged youth. Amitabh Shah, its founder and Chief Inspiration Officer believes that even the best of education is little meaningful if the schools lack basic facilities like clean and adequate toilets. In India, many girls drop out of government schools because of lack of adequate number of safe and hygienic toilets. This is especially true for the girls and women from rural areas and less-privileged urban settlements. So the popular American actor, producer, and entrepreneur Ashton Kutcher’s A Plus Media (the subsidiary of well-known media company Chicken Soup for the Soul Entertainment, Inc) joined hands with Amitabh Shah’s Yuva Unstoppable to bring out the story of two such sisters, Gauri and Jyoti.

Gauri and her younger sister Jyoti were just like any other teenage siblings studying in a government middle school of Delhi. While the former wanted to become an Army officer, the latter dream about becoming a lawyer. Their family had migrated to India’s capital city from a village in Bihar years back. They live in a cramped, one room house with two other families in the city’s one of the remotest socio-economic communities. At the school, they used to teach the sisters Math, Science, English and various other common subjects. But what was not so common or great was that amidst 120 girls and 120 boys studying in this school, there were only 2 toilets, one each for boys and girls.

Yuva Unstoppable changed this scenario when they transformed the sisters’ school by building better sanitation facilities and a Google Future Classroom. Inspired by the story, A-plus media adapted it into a 4 minute short film. It tells the powerful tale of how a Yale graduate (Amitabh Shah) left the Wall Street to work on the real streets of India for empowering women like Gauri and Jyoti by building toilets in schools. Aston Kutcher premiered the inspiring video on his social media, following which Amitabh Shah presented it last year at the Yale CEO Summit 2019 in the presence of Indra Nooyi, Former Pepsi CEO; Nigel Travis, Global CEO of Dunkin Donuts; Mark Fields, Former Global CEO of Ford & Doug Parker, CEO of American Airlines; David Abney, Global CEO of UPS; Ginni Rometty, Former IBM CEO; and many more such leaders.

Team Yuva Unstoppable has been tracking the progress of Gauri and Jyoti for the past 4 years now. In one of his recent house visits to the sister’s place, their project leader Rishi Kumar finds out how Gauri, who has now completed her 11th grade, has come a long way since her middle school was first transformed by the organization.

“I still remember the day when we first met the ambitious sisters. They had dreams just like any other teenager, but neither of them believed if they would be able to realise them. So when Yuva Unstoppable built new toilets in their school, it was as if Guari and Jyoti had found a new ray of hope, a confidence to fulfil their dreams. Gauri graduated from middle school with flying colours and near full attendance! She could easily secure admission into a high school,” shares Rishi Kumar.

Currently, Guari is sitting at home in the wake of COVID-19 induced lockdown. She misses going back to a school with clean and hygienic toilets and new digital learning aids. She wants to continue learning and is exploring ways to do it with the help of technology. Yuva Unstoppable has launched diverse e-learning initiatives to enable uninterrupted education for many government school students like Gauri & Jyoti in times of COVID-19. 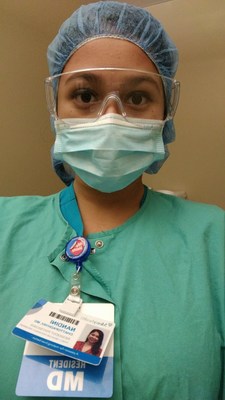