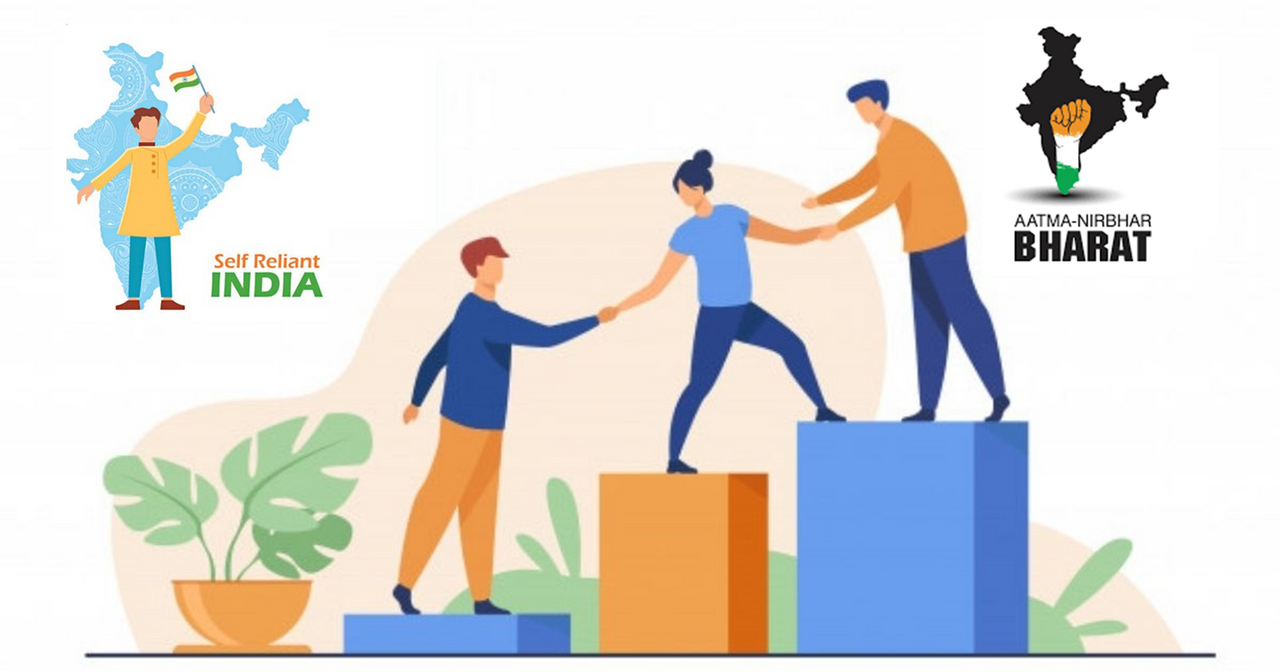 The Prime Minister, Shri Narendra Modi addressed the Inaugural session of Webinar on ‘Harnessing Education, Research and Skill Development for an Atmanirbhar Bharat’ (Self-Reliant India). The webinar was organized jointly by the Ministries/ Departments of Education, Science & Technology, Biotechnology, Earth Sciences, Skill Development, Space, Pharmaceuticals and Chemicals & Petrochemicals, with the department of Higher Education as the nodal Ministry.  The objective was to brainstorm and discuss ways for effective implementation of Budget provisions regarding education sector, with experts and industry representatives.

In the Inaugural address, the Prime Minister, Shri Narendra Modi pointed out that to build a self-reliant India, confidence of the youth of the country is equally important. Confidence comes only when the youth has complete faith in their education and knowledge. Confidence comes only when they realize that their studies are giving them the opportunity to do their work and also the necessary skills. He said that the new National Education Policy has been made with this thinking. He stressed the need to implement all the provisions of the National Education Policy from pre-nursery to PhD quickly and said that the Budget will be of immense help in this regard.

The Prime Minister said the second biggest focus after health in this year’s budget is on education, skill, research and innovation. He called for a better synergy between Colleges and Universities of the country. He said the emphasis placed in this budget on skill development, upgradation and apprenticeship is unprecedented. This budget has further expanded the efforts made to link Education with Employability and Entrepreneurial Capabilities over the years. As a result of these efforts, he said, today India has come in the top three countries in terms of scientific publications, number of PhD scholars and start-up ecosystem. He said India has joined the top 50 ranks in Global Innovation Index and is continuously improving. He said new opportunities are growing for the students and young scientists with the constant focus on higher education, research and innovation.

The Prime Minister said for the first time, the focus is on issues ranging from Atal Tinkering Labs in schools to Atal Incubation Centers in higher institutions. A new tradition of Hackathons for start ups has been created in the country, which is becoming a huge force for both the youth and industry of the country. He further informed that through the National Initiative for Developing and Harnessing Innovation, more than 3500 start ups are being nurtured. Similarly, under the National Super Computing Mission, three supercomputers: Param Shivay, Param Shakti and Param Bramha have been established in IIT BHU, IIT-Kharagpur and IISER, Pune. He informed that more than a dozen institutes in the country are proposed to get such supercomputers. Three Sophisticated Analytical and Technical Help Institutes (SATHI) are serving from IIT Kharagpur, IIT Delhi and BHU, he said.

The Prime Minister said with the thinking that restricting knowledge and research is a great injustice to the country’s potential, many avenues in sectors like space, atomic energy, DRDO and agriculture are being opened for talented youth. He said for the first time, the country has met the international standards related to Metrology which leads to R&D and improving our Global Competency a lot. Geo-spatial data has been opened up recently and this would lead to immense opportunity for the space sector and the youth of the country. The entire ecosystem will benefit immensely.

He said the National Research Foundation is being built for the first time in the country. 50 thousand crore rupees have been allocated for this. This will strengthen the governance structure of the research related institutions and will improve linkages between R&D, academia and industry. The Prime Minister said, more than 100 per cent increase in Biotechnology research is indicative of the Government’s priorities. He called for increasing the scope of Biotechnology research in the service of food security, nutrition and agriculture.

Noting the demand for Indian talent, the Prime Minister emphasized the need for mapping of skill sets and preparing the youth accordingly through adoption of best practices, inviting international campuses and industry ready skill upgradation. Ease of Doing Apprenticeship Program envisaged in this Budget will be of great benefit for the youth of the country, The Prime Minister said.

Shri Modi said Future Fuel and Green Energy are essential for our self reliance on Energy. For this Hydrogen Mission announced in the Budget is a serious pledge. He informed that India has tested Hydrogen vehicle and called for concerted efforts for making hydrogen as a fuel for transport and to make ourselves industry ready for this.

The Prime Minister said the new National Education Policy has encouraged the use of more and more local language. He added now it is the responsibility of all the academics, experts of every language, how the best content of the country and the world should be prepared in Indian languages. This is completely possible in this era of technology. National Language Translation Mission proposed in the Budget will go a long way in this regard, he asserted.

Addressing the Valedictory Session Shri Pokhriyal said that Prime Minister Shri Narendra Modi has laid the foundation of AtmaNirbhar Bharat (Self-Reliant India). As envisioned by the Prime Minister the idea of “Jai Anusandhan” will lead to a Shresth, Swasth and Saksham Bharat. The Minister stressed on the need to encourage the initiatives of ‘vocal for local’ and ‘local to global’. The idea behind these initiatives is to promote local culture, languages and nurture skills of people at a local level and to take it the global platform. He called for concerted and collaborative effort of all the ministries, universities, faculty and students for the smooth implementation of New Education Policy.

Dr Mahendra Nath Pandey said that strengthening Skill development will empower the youth of the country. Skilling, reskilling and upskilling will help in realizing the vision of an Atmanirbhar Bharat (Self-Reliant India). The Minister informed that Skill Development Centres are actively working in 69 districts. This network of skill development centres will be further extended nationwide, he added. He further stated that Skill Development Ministry and Ministry of Education will collaborate for successful implementation of NEP 2020.

Shri Sanjay Dhotre expressed his gratitude to the Prime Minister for sharing his vision on holistic transformation of education sector. He said that the NEP 2020 encourages use of local languages on a larger scale. It is the responsibility of educationists and language experts to ensure that the best educational content is available for our students and technology can make this happen, he added.