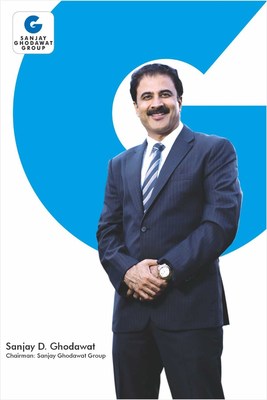 Sanjay Ghodawat: The Man who Believes in the Currency of Kindness

A renowned philosopher once famously said: “The extra treasure we possess after fulfilling our basic needs is for the society and we are the trustee of it.” Mr. Sanjay Ghodawat, President of Sanjay Ghodawat Foundation too firmly believes in this philosophy. He is a businessman who prefers to deal more in the currency of kindness than anything else.

Mr. Sanjay Ghodawat is the Chairman of one of the most reputed and fastest growing Indian business conglomerates – Sanjay Ghodawat Group. He is a man who generously thinks about giving back to society whatever is earned from it and always ready to play his role wholeheartedly whenever there is a need.

Whether it is about extending help to the society at the times of national emergencies like COVID-19, natural calamities or it is about protecting the environment, encouraging women empowerment, standing with youth, martyrs’ families, specially disabled persons or anything other, Mr. Sanjay Ghodawat always comes forth to encourage the morale of society through his numerous benevolent initiatives.

Since the start of this pandemic and especially after the lockdown was imposed, many new challenges arise that shattered humanity from its core. The tragic situation of migrant laborers, homeless citizens, and poor people is not a secret anymore. At such times when arranging food for even one time became a distant dream for these people, Mr. Ghodawat opened his arms to feed the needy.

Till today during the pandemic, under the stupendous stewardship of this philanthropist, Sanjay Ghodawat Foundation (SGF) has provided free meals to over 5 Lakh needy people in different parts of India.

Corona warriors are also taken care of with great efficiency and kindness by SGF in these times of crisis. More than 15,000 warriors that include sanitation workers, police personnel, health workers, employees of the fire safety department, and others are provided with free and healthy meals during these lockdowns. Medical personnel who were facing a stiff shortage of medical gears were also provided with more than 1000 high-quality PPE kits to improve their safety at work.

Mr. Ghodawat touched the lives of more than half-a-million people with his humanitarian work till date during this pandemic and SGF activities are still on to support needy. He distributed 80,000+ ration kits, 30,000+ hand gloves, 10,000+ face masks to the needy people and also provided free medical counseling to more than 6,000 people in the states like Maharashtra, Karnataka, and Gujarat. Not only humans but stray animals, that too more than 5,000 were generously taken care of by the SGF during this crisis.

During the 2019 Kolhapur and Sangli floods, he and his team of volunteers helped more than 4,000 people from numerous villages and provided them a free meal, transportation, medical, and clothing facilities. Mr. Ghodawat himself went onto ground zero and mentored the whole rescue and relief operations under his watch and saved countless lives during the flood havoc.

His decision to open the doors of his university – Sanjay Ghodawat University to shelter affected people till the situation normalizes won him appreciations from all quarters of the society. Several thousand animals were also rescued by SGF during those difficult times.

A True Patriot from Heart

Mr. Sanjay believes the frontline heroes of the nation are the soldiers who in extremely difficult weather conditions at difficult terrains patrol and protect the borders 24/7. He values their courage and respects the priceless contribution they make in safeguarding the territorial integrity.

Whenever there is any kind of crisis occurs or the need of help for the soldiers arise, Mr. Sanjay takes the lead and helps soldiers’ families in his best possible manner. During the recently occurred ghastly attack by the Chinese Army in the Galwan Valley of India, when 20 brave soldiers were martyred, he offered a financial aid of 20 lakhs rupees to the soldiers’ families who sacrificed their lives while protecting the borders. At the time of Pulwama Attack as well, Sanjay donated with an open heart to the martyrs’ families by distributing over 51 lakhs rupees.

In the year 1993, Mr. Sanjay had started a company that today has transformed into a successful business conglomerate – Sanjay Ghodawat Group that deals in 14+ business verticals ranging from salt to software. Aviation, Consumer Products, Education, Floriculture, Food Processing, Mining, Realty, Renewable Energy, Textiles, Software, and are some of its key business domains.

All these companies/institutions employ more than 10,000 people all over India and have become the reason for their prosperity and delight. This conglomerate is an economic powerhouse, which under the brilliant leadership of Mr. Sanjay Ghodawat, contributing immensely to the growth of this nation by providing numerous high-quality products and services at a very affordable rate.

After diving deep into his character, one can rightfully evaluate his personality and say: “As a businessman, he is excellent. As a human being, he is very kind. And as a philanthropist, he is quite rare. Since the role, he is executing as a philanthropist is not only inspiring but exceptional as well.”

2020-06-19
Previous Post: CU Ranks Amongst the Top 100 Institutions of India
Next Post: NMIMS Helps Students to Apply Statistics and Analytics for Change