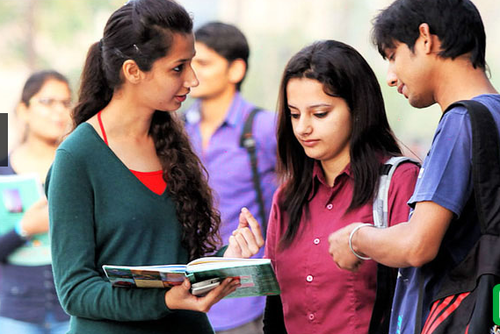 SHF was started by Milli and Himanshu Seth after the death of their 13-year-old daughter, Saloni, in 2018. Their daughter suffered from congenital heart disease and was a victim of medical malpractice in India.

Inspired by their daughter’s dream of being a cardio-thoracic surgeon, the couple decided to set up the foundation to support children with congenital heart diseases by offering free & unbiased second opinion from some of the world’s top pediatric cardiac surgeons on the foundation’s advisory board. They are committed to bring the best of knowledge and technology from the US to India and take the deep Indian experience back to the US.

In remembrance of their daughter, Milli and Himanshu Seth said, “Despite being so frail, Saloni had an indomitable spirit, and always dreamt of being a cardio-thoracic surgeon, to help children like her. SHF is fulfilling this dream through the SHF MBBS Scholarship Grant to scholars who aspire to be doctors but do not have the financial means.”

SHF started with one scholarship in 2020 and now has expanded to six in 2021. These students are from extremely disadvantaged backgrounds, children of landless farmer, vegetable vendors, flower sellers, tempo drivers – some raised by a single parent, with annual average family incomes of less than $1000 / 75,000 INR (less than 7k a month). In line with the grant, these students attained preparatory coaching and on campus training, free of charge for one year from Zindagi Foundation in Odisha, headed by Ajay Bahadur Singh.

Milli Seth, President, Saloni Heart Foundation (SHF) said, “As per a research by Prof. Anita Saxena, Head of Cardiology at AIIMS, New Delhi, every year 9 out of 1000 children, amounting to about 200,000 children are born with Congenital heart defect. Out of which 1/5th i.e. 40,000 have serious heart defects, which require treatment within the first year. Sadly, only around 10,000 get treated, rest 30,000 children don’t survive to see their first birthday. It is our commitment to provide all the support we can in making a difference to these lives, giving them the opportunity to  live.”

This year SHF has finalized 6 scholars out of 19 applicants who applied for the scholarship from all across India. SHF team supported by ShikshaDaan Foundation invested 2 months in rigorous screening, background checks, phone interviews & video interviews. The criterion included All India NEET Ranking, family income, class 12 board percentage, single parent/disability, personal essay, and interviews. Scholars would be granted full admission, tuition, hostel, and top-of-the-line HP Laptops. The high-end laptops are donated by HP India.

The SHF MBBS scholarship program not only provides financial assistance but also connects these budding doctors with the US’s leading pediatric cardiologists and pediatric cardiothoracic surgeons through the mentoring program.

The names of this year’s winners are Kshirodini Sahoo, Subhendu Parida, Debashish Biswal, Mrutyunjaya Tripathy, Krishna Mohanty, and Brutti Sundar Behera. With more than fifteen lakh students who appeared for the National Eligibility Entrance Exam in 2020 – Kshirodini was all India ranked 2594, with 99.80%. Similarly, other students have beaten all odds, constraints, poverty and gotten admission in prestigious medical colleges in India.